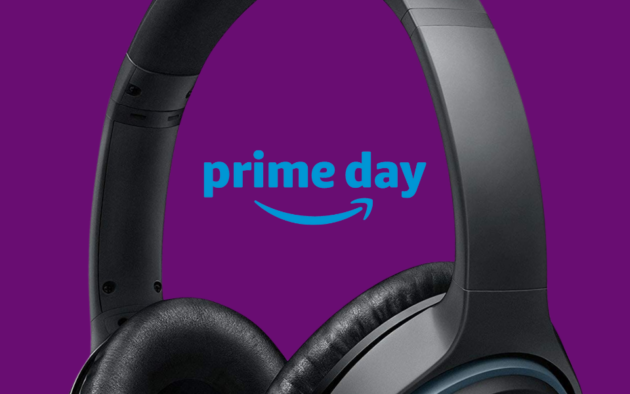 Time was running out, and my fear of missing out was going up.

With just a few hours left in Amazon’s Prime Day last night, I was looking at a pair of Bose SoundLink Around Ear Wireless Headphones II to replace a worn-out pair of Microsoft Surface Headphones currently held together with duct tape.

At $161.99 during Prime Day, the Bose headphones were 29% off the list price of $229, which seemed like a pretty good deal to me. This seemed to be confirmed by Variety including them among its “Best Prime Day Headphone Deals” (with an affiliate link that gave the publication a cut of any resulting sale).

I was about to buy the headphones but then realized they wouldn’t arrive until next week, when I’d already be on the trip I hoped to take them on. So I decided to wait and figure out another solution.

This morning, with Prime Day over, I looked at the headphones again, just out of curiosity. Turns out the price this morning is exactly the same as it was last night, but now the headphones are available for one-day shipping.

A quick check of price-tracking site Camel Camel Camel shows that these headphones have been priced mostly below $170 since early June, dropping to $161.99 in early July, the same price as that Prime Day “deal” that I almost bought. 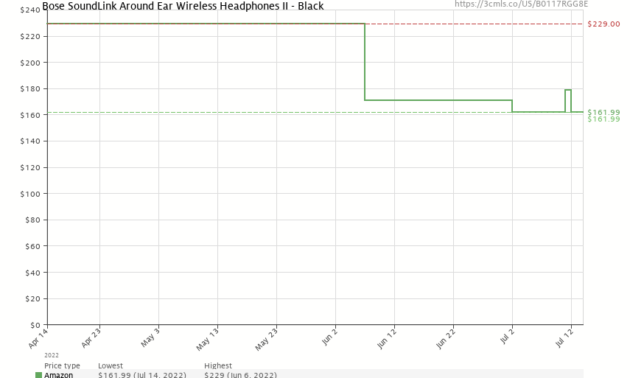 Of course, one anecdote doesn’t necessarily represent the larger reality, but it’s a good reminder (to myself and perhaps to others) to take the time to do some basic research before buying anything.

It’s also a good illustration of the marketing tactics and consumer psychology that drive Prime Day. Amazon’s official numbers from the two-day event, released this morning, suggest the effect is as powerful as ever.

Amazon called it “the biggest Prime Day event in history,” with more than 300 million items purchased worldwide, and total savings of $1.7 billion by Prime members.

Think customers really enjoyed Prime Day ‘22—our biggest ever w/ 300M+ items sold $1.7B+ saved by Prime members. Prime Day is a massive team endeavor—thank you, thank you, thank you to our teams, 3P sellers delivery partners for your incredible work. https://t.co/3zcxU70YSY

Amazon makes some version of the “biggest ever” pronouncement after every Prime Day, without providing historical numbers for context, so some additional research is also required here, looking at past announcements.

The company tends to pick and choose stats for maximum effect, so we don’t have a complete historical record, but this is the fifth time since the original Prime Day in 2015 that Amazon has disclosed the total number of items sold.

Adjusting for the ever-expanding definition of the word “day,” here’s the trend:

So while this year was, indeed, the biggest ever by unit volume, these numbers indicate that Prime Day’s growth rate was slower this year than in the past.

This is generally in line with predictions going into the event, indicating that economic uncertainty would make consumers more cautious about spending money on items during Prime Day this year.

However, experts who work with Amazon sellers and vendors said some interesting nuances emerged this year:

This was apparent, for example, in steep discounts on Apple products, including the 41mm Apple Watch 7, which was on sale for $279 in some colors during Prime Day, vs. its normal price of $399. 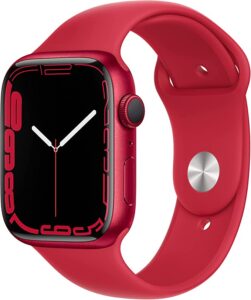 But overall, brand participation “was all over the place,” said Melissa Burdick, president and co-founder of the Pacvue e-commerce software company, who worked for 10 years at Amazon, helping to launch its health and beauty business.

“Some brands/sellers decided not to participate due to profitability and rising costs,” Burdick said via email, while others “saw this as an opportunity to take market share as consumers are in the mindset to switch brands.”

Amazon devices: Amazon itself started offering deals on its first-party Echo and Alexa devices well in advance of Prime Day, which is another notable change from the past, said Purcell, who also worked previously at Amazon, serving as the head of apparel promotions during the first Prime Day in 2015.

Consumer behavior: Purcell said consumers were searching for specific items during Prime Day more than in the past, looking for deals in a targeted way and not just browsing the deals page for impulse purchases.

This suggests that people were looking at Prime Day this year in part to save money on items they would end up buying anyway.

Along the same lines, Burdick said Prime Day was big for consumer packaged goods companies as consumers who have been hit with higher grocery prices looked for deals on chips, drinks, and protein powder.

Social media influencers: Amazon worked actively with TikTok influencers and others with large social followings in advance of Prime Day, doing a better job of getting them information about deals and products, Burdick said.

Industry impact: Total online spending in the U.S. during the 48 hours of Prime Day, across all retailers, was $11.9 billion, up 8.5% year-over-year, according to data from the Adobe Digital Economy Index, released this morning.

While I might take some satisfaction in knowing that I did not contribute to those totals with an impulse purchase of the not-actually-discounted Bose headphones last night, I feel obligated to disclose that I did buy them for the same price this morning. At least I got free one-day shipping. Judge me as you will.

Source: https://www.geekwire.com/2022/whats-the-deal-with-prime-day-a-reality-check-on-amazons-big-shopping-event/
We use cookies to ensure that we give you the best experience on our website. If you continue to use this site we will assume that you are happy with it. Ok